One of my favorite real-life protagonists and most genuine of all human beings, George Washington, once stated, “Father, I cannot tell a lie…Hinamatsuri is one of the dopest anime shows that I’ve ever watched”. 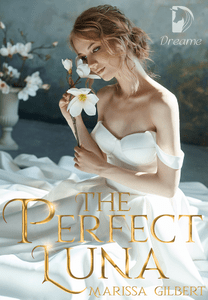 Marissa Gilbert will have you captivated with her story in the first chapter. It’s a unique storyline that has twists, turns, and cliffhangers at the end of the chapters that leave you on the edge of your seat. Never have I read a book that had me so entranced and made me feel different things. I was mad at times, too shocked, had some minor heart attacks along the way, and cried, and laughed. I absolutely love this book. She has a gift that leaves you wanting more. It is definitely worth reading. (from Goodreads)

The Perfect Luna is an award-winning book written by Marissa Gilbert and is the first book in the Moonrise Kingdom series.

Haha, you fell for it. It’s obvious what I said was a lie. George Washington was actually a scumbag. But what exactly makes his statement about Hinamatsuri hold so true to this day? Why is this show one of the anime shows you never realized you needed to watch?

Well, in as few words as humanely possible, let’s see if I can’t convince you to put this absolutely hilarious show on your watch list for the week.

Mid-level yakuza (AKA Japanese mafia) member Nitta Yoshifumi encounters a deadpan psychokinetic naked esper girl trapped inside of a metallic cocoon which crashes lands into his home through a portal from the future. Esper girl, hereinafter Hina, decimates his home and convinces Niita to become her de facto father. Chicanery ensues as he tries to adjust his once relatively stable lifestyle to the arbitrary whims of his newly-adopted “daughter.” He sends her to school, accidentally convinces her to join him in wiping out a rival gang, draws the ire of both the yakuza and other espers, and hilarity ensues. And that’s just the introductory episodes.

Here’s a quick clip from the show that will help integrate you into the world of Hinamatsuri.

You’re going to laugh like a hyena throughout this show. The premise for the comedy skits in this anime is so far beyond ridiculous that you’ll wonder how it actually manages to somehow make sense in the end. You have everything from adult humor, slapstick, deadpan comedy, inside humor involving psychics, yakuza, Japanese CEOs, martial artists, and more.

This show has some surprisingly deep moments that’ll have you crying as you’ve just watched Grave of the Fireflies (minus the darkness of it all). Whether it’s touching on the themes of familial love, forced adulthood, loneliness, compassion, or sincerity, there is no shortage of relatable themes that’ll get even the manliest lumberjack looking like the Michael Jordan meme.

C’mon. Who doesn’t love superpowers, but what’s nice about this slice-of-life (yes its a slice of life) is that it manages to draw our attention away from the notion of powers and the fact that the protagonist is an actual criminal syndicate member, and into the heartfelt moments shared by the various characters of this show.

Each character in this show shares a decent chunk of the spotlight and although the primary characters will always be Niita and Hina, the show doesn’t shy away from putting Anzu, Hitomi, and Mao up on the pedestal in their own respective arcs. They tell the side-character stories so well in fact, that you just can’t help to love every person you come across in the show.

I still try to wrap my head on how the creators managed to make superpowered other-worldly adolescents, Japanese mafia members, and elementary school girls this relatable. Perhaps it’s putting the characters in real-life situations that we inevitably deal with in our lives (parenthood, adulthood, friendship, loneliness, and love) that helps us relate to these characters we would otherwise never associate with. Perhaps it’s the heartfelt personas adopted by the characters themselves that make it so relatable. One wouldn’t expect such cynicism towards the real world to come from an elementary school girl like Hitomi, nor would you expect such compassionate love for humanity to come from a hired assassin like Anzu. Perhaps it’s the development of each character, as the various characters’ growths show that even those who come from the most difficult backgrounds can overcome personal adversity and improve as a person. Even if I don’t relate to the particular circumstances surrounding their growth, I can’t deny that I feel what Anzu is going through when she finally finds true friends who shoulder each other’s burdens of being homeless, or Niita when he officially announces Hina as his own daughter to his family.

This is a feel-good, heartfelt, anime about the goodwill of people towards each other, and just happens to have mafia members and superpowered individuals. The entire premise of the world seems like it would lead down a more conflicting or violent path, but surprise! that was actually just a cloak-and-dagger act meant to repel people that don’t actually have a beating heart. I can’t say it enough. Whether you’re a shonen fan, romance fan, comedy fan, or slice-of-life fan, this is an underrated pick that is a must-have for your next binge-watch.

In rain or sleet or shine, MiniBees is here to provide you the goods and boy does Hinamatsuri got the goods. If I ever have other recommendations for anime that you don’t realize you needed in your life, then you know I’ll have that loaded on your mental watchlist for you ASAP. Expect more content like this in the future, and have a blessed day y’all. I love you all, except those disrespecting my boy Nitta. Haha jk. I like you guys somewhat too (maybe). Ciao.

You can watch Hinamatsuri on Amazon(Affiliate Link)