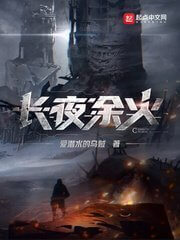 Lord of the Mysteries News

The Author of the most popular novel Lord of the Mysteries, Cuttlefish That Loves Diving, has released his new book.

The book’s new name is “The last flames in the long night” or “Long Night Fire”. (The names are translated from online machine translators. I am sure the translator will come up with a good name.)

So far only two chapters have been uploaded since writing this post.

You can find the novel here: LINK

UPDATE: The novel has been officially translated. You can read the book on Webnovel.

At the bottom of this post, I have posted its First Chapter. You can read it.

Please Support the novel by spending Stones to unlock the chapters.

The synopsis of the novel is:

Machine Translated Summary: All on the grey earth believed that buried deep in some relic of danger and famine, there was a path to a new world, if only a unique key could be found to open that door. There, the earth is bountiful, as if flowing with milk and honey, and the sun is glorious and seems to wash away the cold and gloom. People no longer have to face barrenness, monsters, infections, deformities, and all manner of dangers. There, children are happy, adults are happy, and all is well. Every antiquarian, relic hunter and historical researcher on the Grey Earth knew that this was the New World. (Credits: u/Gamivore)

Many fans were looking forward to Cuttlefish’s new novel after the end of Lord of the Mysteries and are curious about what this new novel is about.

Now the questions have been answered, the novel setting is post-apocalyptic. Let’s see how well the novel does.

One thing to note is that many fans will be comparing this novel with Lord of the mysteries, so expectations are set very high.

For more information about the new book, Click here.

If you haven’t read the book yet, you can find the book on Webnovel.

You can also read my review of Lord of the Mysteries here.

The following chapter is uploaded here with the permission of Webnovel.

The outer walls of the 495th floor’s Zone C were grayish-green. Six or seven girls walked into the Rec Center that was covered with all kinds of graffiti. Their expressions were colored with excitement, anticipation, and nervousness.

Their clothes were simple, and their colors were nothing gaudy. They were mainly blue, black, white, and green in color, but that did not obscure their beautiful facial features. All of them were in the prime of their youth.​​

While looking at the only LCD screen on the entire floor, the girl right in front couldn’t help but whisper, “I wonder what kind of husband the company will assign me.”

Beside her, a girl in a green top and blue pants bit her lip and said, “The main question is what kind of person he is.”

Brought up as second-generation youths when genetic enhancement drugs had widespread use, they were not worried about their future husbands’ looks and height. They were definitely all above average.

The girl in the lead glanced at her companion. “Have you forgotten that besides those of our age, there are also those whose wives have already passed away? Some of them are already in their forties or fifties. They are highly defective due to the lack of genetic enhancement while they were embryos.”

In order to ensure that there were enough newborns, the company they belonged to had a rule: “Anyone at the age of 20 or university graduates, who hasn’t acquired a spouse by choice, will have a partner assigned to them by the company. Anyone in defiance of this regulation will be punished by the Order Supervisory Department. The first violation will have the said person’s energy allocations and contribution points reduced. A second violation will result in said person’s banishment from the company, and they will be left to fend for themselves in the Ashlands.”

Similarly, those who had lost their spouses and had yet to have children were forced to participate in a central assignment of spouses three years after their loss if they had yet to turn 60.

Another girl joined in the discussion, making a joke. “Besides, ignoring this batch of people, don’t you have any hopes that your future husband will be from an M-rank family?”

The company was divided into three classes: D-rank employees, from D1 to D9; M-rank management, from directors at M1 to the corresponding board members and chief scientists at M3; and finally, a rank without an alphabetical code name. It only had one title: ‘Big Boss.’ It was held by an unusually mysterious lady.

The girl in the green top and blue trousers curled her lips and said, “When have people from normal levels ever been assigned spouses from Floors 346, 347, 348, and 349?”

Floors 346–349 were where the M-rank managers lived. They were given a generous energy supply quota, and the per capita housing area was more than ten times the average employee’s residential floor. Moreover, these four stories had their own independent elevators, potable water, ventilation, drainage, and education system. Their children normally didn’t make contact with the average employees.

The only exception was at the stage of advanced education because there was only one university in the entire company, which was situated on the 350th floor.

Children of ordinary employees needed to take exams to determine if they needed to start working or enter university. In contrast, children from M-rank families were exempt from taking the exams.

As for ‘Big Boss,’ the ordinary employees didn’t even know what she looked like, much less had a chance to interact with her. Only at the end of the year, the beginning of the year, or when there was a major event, could they hear her voice through the radio. Therefore, it was rare for people to fantasize about catching the Big Boss’s eye and immediately getting promoted to management.

Of course, rare didn’t mean no chance. There just weren’t many such occurrences.

The girl in the lead smiled and said, “That’s why I’ve been encouraging you gals to date freely while in school. Look at Chen Bei. Her husband was earmarked by the Supply Management Department the moment he graduated. He must have some background!”

“Meng Xia, you have the cheek to say that? Why didn’t you follow what you preach?” the other girls mocked.

“It’s not like you don’t know me. I’m all talk.” Meng Xia wasn’t ashamed at all to admit that she didn’t have the courage.

After laughing for a while, the girl in a green top and blue pants curiously asked, “Meng Xia, do you know what rank the family of Chen Bei’s husband is? You two have always been close.”

Meng Xia looked around and said in a suppressed voice, “Rumor has it that he’s the chief inspector of the Security Department’s Operations Group.”

“Wow…” While the girls were exclaiming, a group of young men walked into the Rec Center.

The two groups of people sized each other up for a few seconds before they looked away shyly. After all, no one knew if their future husband or wife was just across them.

A man—about 1.75 meters tall with a refreshing crew cut—glanced at the few old tables, the benches, and the high-back chairs around them in the Rec Center. He then nervously spoke to his companion beside him. “Shang Jianyao, what kind of wife do you think the company will assign me?”

His companion was about 1.85 meters tall, with straight eyebrows and bright brown eyes. His face was deeply contoured, and his black hair was slightly messy, covering half of his forehead.

The young man named Shang Jianyao turned his head to glance at his companion and said, “First, you’ll have to be assigned before we can discuss what she’ll be like.” He was wearing a dark-blue, two-piece suit. The muscles on his arms bulged, creasing the fabric ever so slightly. He looked masculine and strong.

“Ha, I won’t be that unlucky, will I? There are only two more men than women this time.” The 1.75-meter-tall man with average features laughed. His expression gradually turned solemn as he rambled. “Could it be that they won’t like me? I’m only 1.75 meters tall after genetic enhancement. I’m not handsome either. My grades are only average…”

Shang Jianyao said solemnly, “That’s not the point. The point is your feminine name.”

“Feminine name? What’s wrong with the name Long Yuehong? My father’s surname is Long, and my mother’s name has the word ‘Hong’ in it. How meaningful is that?” Long Yuehong muttered to himself in confusion. “That’s true. The company’s assignment doesn’t care about how tall or good-looking I am. It’s said that it’s all random after any blood-related possibilities are eliminated… Ah, will they mistake me as a woman because of my name and assign me to a husband? What should I do if that happens?”

Long Yuehong laughed awkwardly. “Haha, how is that possible? I mean, how can they get it wrong? Every document about me states that I’m male! What a strange train of thought you have. Shouldn’t a normal person be thinking of making a complaint?”

Without waiting for Shang Jianyao’s response, he added, “So, why is my name the key?”

“A name represents a person’s destiny. A random assignment is all about one’s destiny,” Shang Jianyao replied seriously.

Long Yuehong’s expression froze for two seconds. “I knew you couldn’t give me any constructive ideas!” Just as he said that, he asked, “What kind of wife do you want?”

Shang Jianyao lifted his chin and said, “I don’t need one. The company has insufficient resources, and the humans above the Ashlands are in dire straits. The curse of famine, infection, mutation, and beastification still cloaks the entire world. How can I marry?”

Shang Jianyao looked at him and said without a smile, “I’ve already applied to give up today’s central assignment.”

“Are you serious? That’s impossible. How could the company agree to your request!? Haha, I almost believed you!” Long Yuehong was shocked at first, but then he let out a sigh of relief.

As soon as he finished speaking, Chen Xianyu—the person-in-charge of the Rec Center on the 495th floor—left his seat. He walked to the LCD screen and began to adjust it.

Shang Jianyao and Long Yuehong were very curious about the old man’s past. They had a penchant for coming to the Rec Center and asking all sorts of questions. However, Chen Xianyu strictly adhered to the confidentiality regulations and only selected things that everyone knew about for conversations. He was like an ordinary employee who was born, grew up, studied, worked, matured, and aged in the Inner Ecosystem. He had never left the underground building or seen the real sky.

“Alright, it’s about to begin.” Chen Xianyu held onto a remote control and pressed down heavily.

The display flickered a few times before emitting a faint light.

Long Yuehong, Meng Xia, and the others held their breaths as they waited for the assignment’s results to be announced.

They were not worried that the names would scroll down too quickly, preventing them from reading it clearly. This was because the Rec Centers on each floor only showed the results related to the residents on the respective floor.