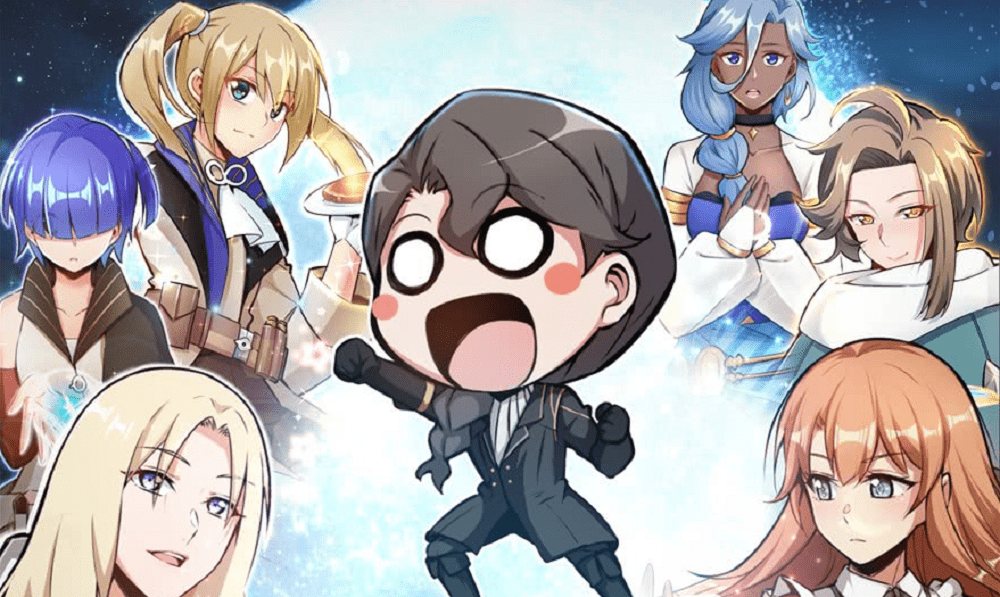 If someone were to ask me to describe Release That Witch in a few words, my answer would be “A Great Story with the Best World-Building, Best Story Development, and Best Character Development.”

In my review of the English Original Story Legend of Arch Magus, I also discussed why you should read Release that Witch.

Let’s take a closer look at why Release That Witch is a worthwhile read.

I will be talking about both the novel and manhua since there isn’t any major difference between the plot.

But first, let me give you some information about this story.

Translator: Webnovel ( Both Novel and Manhua )

Set in the Middle Ages, Release That Witch follows Roland and the witches as they attempt to develop the world through technology, science, and magic. This will not be easy for them, as other princes and princesses, churches, witches, and others seek to overthrow Roland and the new systems he has instituted.

I like how the story grabs our attention right away in the first chapter. The author gives us very little information at the start, and as we read on, we learn more about the people and their lifestyles, and cultures, along with the main character.

At first, we don’t have much knowledge of the world. As we progress through the book, our vision becomes increasingly clear. There are many events, mysteries, twists, and turns in the story, and we are gradually introduced to them. It doesn’t feel forced in any way. The entire story is without a hitch.

Slowly we can feel the story come alive.

Character development is the story’s second-best aspect. Roland grows into the King over time from an engineer from the Earth. He lacks the witches’ abilities as well as the best brain for the war. But he wins the war and builds great things by motivating the capable people around him. He uses his modern knowledge from the Earth to help and improve the lives of ordinary people.

Witches, in addition to Roland, play an important role in the story. There are a lot of Witch characters in the story. They have different kinds of power like manipulating trees, fires, becoming invisible, and so on. The author has included their life story in such a way that the story does not feel boring.

In addition, we also learn about the world from the less-important characters. The author has introduced them mainly for reaction purposes to react to the changes brought by Roland and the witches. We can feel their honest admiration for the main characters.

The appeal of this story is that we get to see the world through their eyes, and their genuine admiration for Roland makes me want to keep reading.

Release that Witch is written in such a way that we are aware of both the positive and negative characters development. We learn about their mindset and how they arrived at their current position and mindset. This is true in both cases. There are a lot of memorable characters in the story.

Probably the best part of the story is the Kingdom Building. Kingdom building starts slowly from first constructing a wall to constructing strong houses and schools to generating electricity and to finally building huge bombs.

Roland starts to implement new rules and policies like compulsory education for all people, Police systems, Identification cards, etc in his kingdom.

Roland uses modern knowledge and shares his knowledge with others. I like how the author also included how other people use that knowledge in their own way.

He hires capable people in each of the different fields like military, police, construction, etc. He knows what he is capable of, so makes his soldiers fight the wars instead of rushing to the battlefield like what we have seen in other kingdom-building novels.

At the end of the story, a bunch of things happen here and there. If the start was 8 out of 10, then the end is 6. Most of the story feels like smooth sailing, but near the end, there are many rocks.

Release that Witch is different from many other web novels you have read and the story won’t disappoint anyone. Most of the focus of the story is on strengthening the nation by building new technologies, educating the people, introducing the police system, army building, and many more.

There’s also romance in the story between Roland and a witch.

Though some might not like the later chapters, that are not the reasons to miss this amazing kingdom-building novel and manhwa.

Plus Point to the ones reading the manhua, you will get to see the beautiful girls.

At last, a little Bonus Video:

Thanks for reading. Hope you like the review. Do share your thoughts in the comments. I would love to know what you think of this story.

Check out these posts: