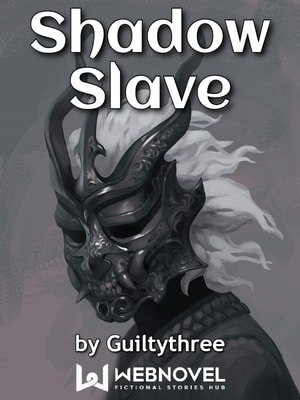 Shadow Slave is an incredibly refreshing and unique story about Sunny, an orphan who lives in a dystopian world. He grew up in the slums, and poverty, with a bleak outlook on life. That is until he found himself in a literal nightmare caused by what’s called “The Nightmare Spell”.

The spell only infected young people, once infected, the young would feel an irresistible urge to sleep. Those who succumb to the spell find themselves transported into a dark and ruined world having to face dangerous monsters. Death meant becoming a monster in real life, survival meant becoming an awakened, someone gifted with supernatural powers.

This world is believable and realistic, detailed and fleshed out without the jarring infodumps. The author probably took inspiration from Neil Gaiman’s “The Sandman” and tried to incorporate it into his world while keeping it unique.

It has a grim-dark vibe akin to Elden Ring or Dark Souls, people are forced to periodically visit another world — The Shadow Realm — and battle Nightmare Creatures. These creatures range from mindless beasts to Devils, Terrors, and Calamities.

Once a Sleeper returns from the Dream Realm for the first time, they become Awakened. Their Soul Core — a mysterious part of one’s soul capable of storing and also accumulating soul essence — evolves to the next Rank and acquire a second ability. The Awakened enter the Dream Realm whenever they fall asleep.

The Awakened do have the choice to challenge the Second Nightmare, then if successful their core soul evolves and they become what’s called a Master. Unlike the Awakened, Masters can freely travel between the Dream Realm and the real world, not only in spirit but in their own body.

The story development is fairly intriguing and immediately hooks you in. It jumps quickly to the action, making the plot move at an enjoyable pace. Every chapter is filled with suspense and will keep you longing for more, the author has truly mastered the art of cliffhangers.

As the story progresses, the mystery keeps climbing. It’s like pulling a rope out of a dark place, but with each pull, you found yourself deeper into the dark and intriguing mystery. Just when you think you know what will happen next, the author comes up with a twist that pulls you further into the story.

That being said, the author has a horrible habit of writing about the main character in the future, then picking up where the story was left in the present. Those back and forths can kill immersion.

The main character is a skeptical and disillusioned young man with a strong desire to survive. He is not Over-Powered but also neither is he weak. He is powerful enough to ragdoll his enemies, but his victories are achieved through wit, skill, and trickery.

On the other hand, Character development is superficial and might as well be non-existent. Throughout the story not much has changed, if anything his character is rather all over the place. The story so far doesn’t show any inclination towards harem, if anything, the romance is a slow burn.

We still aren’t sure if the main character and his love interest are going to end up together, instead, he maintains beautiful relationships with her alongside other characters who are extremely interesting, memorable, and full of potential.

All in all, Shadow Slave is a solid novel, the one true gem of webnovel.com. The writing is captivating, the story is compelling, and the characters are full of life in a world full of death and abounding with terrifying beasts.

Parts of the story are on par with professionally published novels, it feels as if it was written by a renowned author. It invokes that special feeling that what you’re reading is not mere fiction, it sucks you into the world the author wants you to see, and what a spectacular world it is.

While it’s a slow and bumpy road at first, a few chapters in, you won’t be disappointed, especially with the levity and witty humor that the author manages to infuse each chapter with.